TOWN SECRETS: THE BOOK OF ADAM BOOK ONE 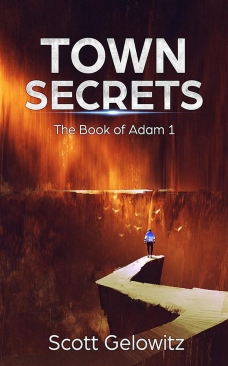 Mythical, historical and scientific secrets are hidden in a small prairie town, and a group of boys may be the only ones able to protect the biggest secret of all.

A centuries-old organization within the tiny town of Grayson protects many secrets – from unknown scientific discoveries to the truth about the mythical island of Atlantis, along with information that ties it to historical events from around the world.

Thirteen-year-old Adam McTaggart and his wise-cracking friends have always assumed that Grayson is just another boring small town on the prairie, but the destruction of a nearby town and disappearance of all of its residents forces them to believe they might also be in danger.

After listening to theories from one of the many ‘unique’ townspeople, Adam and his friends set out on a quest to uncover Grayson’s mysterious past. During their investigation they find a strange network of underground tunnels along with objects that seem to come straight out of a science fiction magazine. They also discover the existence of the secret organization controlling everything that happens in Grayson, and soon the group understands that their boring small town is much more exciting than they had always believed it to be.

But someone is coming, looking for an ancient power protected by the secret organization, and they are destroying towns as they draw near.

Can Adam and his friends learn everything they need to know in time to protect their town, its people, and the biggest secret of all? 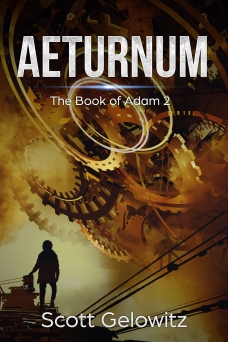 After the events of the previous year, the town of Grayson has quickly settled into its new routine. All of the residents now know about the secret organization called the Sentinel League, but few have a clue what secrets it has been protecting

Since their enemy has escaped, fourteen-year-old Adam McTaggart worries that Aggie’s prediction is coming true – Larix is returning because he thinks Adam knows the location of the Heartstone!

But Adam doesn’t know where the powerful Heartstone is currently hidden, nor does he have any clue.

He’s been assured that Larix is still overseas, but unanswered questions from the previous year keep resurfacing, causing him to doubt the wisdom of senior members in the League. Even the fun of watching Kevin and Mark annoy each other can’t take his mind off these questions. 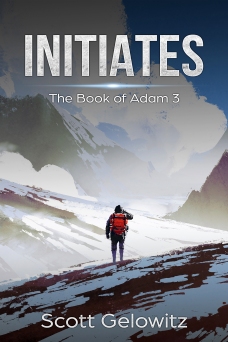 After discovering the note with his father’s initials in the Killaly graveyard, Adam McTaggart knows that his father, Edward, moved the Heartstone. He also suspects that Edward might still be alive, but has no idea where he or the Heartstone could be.

Because Adam barely escaped capture by Larix’s men and is now clearly a target, the Sentinel League has decided that the best thing for Adam is to make him and his friends full initiates. That means putting the boys through the program at the League’s secret training facility. But if the boys fail at the training facility, they risk relocation far away, with their memories wiped, never to see home again.

Being the youngest initiates in a century, brings its own challenges at the training facility, but trying to figure out what Edward did in the last months before his ‘death’ is the biggest challenge of all.

Can Adam and his friends uncover the information they need in order to recover the Heartstone, all while making sure they aren’t rejected by the League? 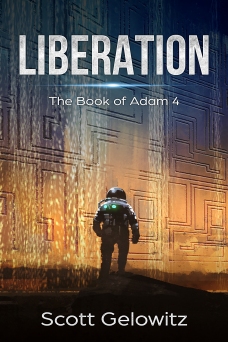 Adam McTaggart has a big job in front of him.

Not only does he have to uncover all of the clues and find the Heartstone before the deadline, he has to figure out a way to save his best friend Kevin without getting himself killed in the process.

The Sentinel League has plans of their own that Adam disagrees with, making it even harder to decide what he needs to do to save Kevin, but another organization known as ‘the Branch’ may be able to offer some help – especially when he finds out who is in charge.

Along the way, many secrets of the past are revealed, and Adam comes to understand that not only are there secrets within the secret organization, there are secrets in his small family too.